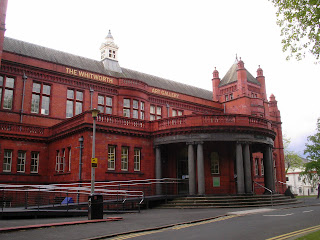 The Whitworth Art Gallery is a grand building surrounded by beautiful parkland. It was founded in 1889, as The Whitwroth institute and, park, during the heroic period of Victorian philanthropy, and was originally a voluntary cultural, educational and technical institute making the memory of one of the northwest’s great industrials, Sir Joseph Whitworth. Its tall ceilings and grand décor of the entrance hall goes harmoniously with the historical exhibitions held within, providing the perfect setting for them. In addition to this, the gallery space upstairs has more spacious and modern elements. However each gallery flows seamlessly through to one another, creating a gentle feel. Along with the dimly lit rooms altogether it creates a calming era about the gallery. It is well situated close to the city centre and near to many good public transport links such as the metro link, buss services and the trains. All these making the gallery very easily accessible. 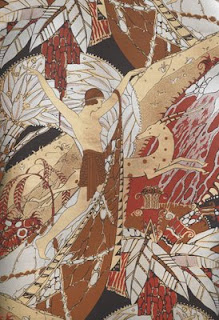 
This exhibition features luxurious 18th century decorated leather, 19th century Japanese and French imitations, foils and other metallic finishes from the 1960s/70s, along with contemporary jeweled patterns that our ancestors might have envied. the room was fairly small and i thought the lighting was poor. Because if the value if the pieces of wallpaper being exhibited there wasn't much room to view them. the quality of the work on display was of a vary high standard and they had a variety of both historical and contemporary images to look at. It clearly shows the use of the different metals and golds that were used in the 19th century by the wealthier members of society, yet also shows example of contemporary design very similar to those previously yet at a much more affordable price. what i liked about this exhibition was how it showed the use of different materials used in wallpaper. 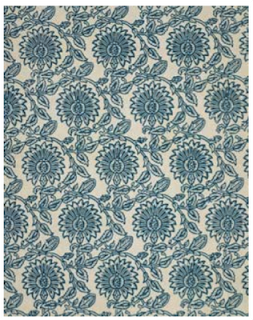 This exhibition mark the century of Thomas Wardle Death. it Exhibits his work and his fascination with the Indian printing styles and designs. It also has work of his own that was inspired by his travels and then made at with is own company in leek where he was born. It is clear in Wardle work that he was influenced by the far east designs as they we all very detailed patterns. the exhibition was much more beneficial to me when i visited the art gallery in relation the the Putting On The Glitz Exhibiton as there was a greater evidence of historical context. I felt that how it showed where his designs were influence by was much more successful.
Posted by Naomi Obbard at 06:58